Tap Here To Call Us

In business, your reputation is everything. For a securities broker, their reputation is distilled by FINRA into a database called BrokerCheck. A BrokerCheck report is a publicly available history of a registered broker/dealer detailing their entire work history in the securities industry including the brokerage agencies they’ve worked for and, most importantly, any complaints that have been lodged against the broker.

Oftentimes, when a brokerage house terminates an employee, they place a negative entry on that former employee’s BrokerCheck report. Sometimes these are justified, but often they are not. Sometimes, they are based on a consumer complaint that was previously resolved without the former employer updating the broker’s data. More often, a former employer will place a negative entry on a Broker’s record as leverage in negotiations or to spite that broker if the relationship didn’t end on the best of terms. Meanwhile, that broker’s ability to work for another brokerage firm is greatly hindered by these negative entries on their BrokerCheck report.

Expungement Can Give You Your Reputation Back

Fortunately, brokers have the right to appeal to FINRA to remove inappropriate entries from their BrokerCheck report in a process called Expungement. Expungement is a type of FINRA arbitration which the broker brings against the entity that submitted the negative report. If the broker can prove to the arbitrator that expungement is appropriate, then the entry is removed from the record.

A broker’s former employer sometimes allows the expungement to go unopposed—in important cases, especially when there are other disputes between the parties, the former employer opposes the expungement. Either way, the broker has the burden of proof to show that expungement is appropriate, which requires a hearing in front of a FINRA arbitrator or arbitration panel. FINRA does not expunge marks from one’s record simply because they were asked. Having an attorney who is experienced in expungement cases can maximize a broker’s chance of a favorable outcome. 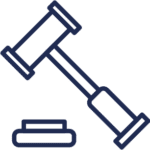 How We Can Help You

The attorneys at the Warren Law Group, led by former securities broker Christopher D. Warren, regularly represent securities brokers in expungement cases and have a strong record of meeting the broker’s burden and having inappropriately placed negative information removed from the client’s BrokerCheck report: restoring their ability to work in the industry. If you have a negative report with FINRA and are interested in having that expunged, call Warren Law Group at (888) 954-7687 or email info@warren.law for a free consultation regarding your case. You can trust WLG’s experienced legal team to handle your case with the highest degree of professionalism, expertise, and respect.

Chris spoke with me daily, advised me and ultimately was able to negotiate a very fair settlement. Not only did he do right by me during the course of the negotiation but when it had been settled he took the time to review the settlement documents with me to ensure I understood everything. I would highly recommend Chris’ services to anyone in the financial services industry in need of legal help.

Christopher Warren’s good ideas made our work together very quick and very efficient. He’s smart, aggressive, and very much on my side. He’s not afraid to fight.

Christopher Warren has helped me get vindication in some very important arbitrations. He handled the legal world for me, so I could focus on my business. His firm understanding of the subject matter is the most important quality a lawyer can have. Chris understood the situation I was in. He identified with me, and that continues to mean a lot. I’m extremely thankful for him, and he remains a source of reassurance on all my legal matters.